What's the best way to approach a cat? This says the science - The Storiest

A recent study revealed which gestures to apply to increase the chances that cats will approach. Check out their findings here.

It is a well-known habit that cats tend to be more aloof than dogs when approached by humans. Unlike dogs, cats don’t usually give in quickly to attempts to lure them with vocal sounds, let alone usually follow the paths of people they don’t know.

Phenomena like this have heightened researchers’ interest in deciphering their behavior. And precisely, a study recently published by the academic journal Scientific Reports showed that there are ways to increase the chances of sympathizing with kittens.

As confirmed by University of Sussex psychologist Karen McComb, who has devoted herself to the study of animal behavior, their “smile” in the same way as them, allows them to be more receptive when It’s about socializing with people, whether familiar or unfamiliar.

In the statements collected by Deutsche Welle the expert said “it’s fantastic to be able to demonstrate that cats and humans can communicate in this way”.

But what does that facial expression look like? It involves keeping your eyes relatively closed and maintaining a slow blink, like when people laugh. Such a body gesture is usually used by kittens when they are happy or when entering a relaxed state, which is why it is often nicknamed the “feline smile”. 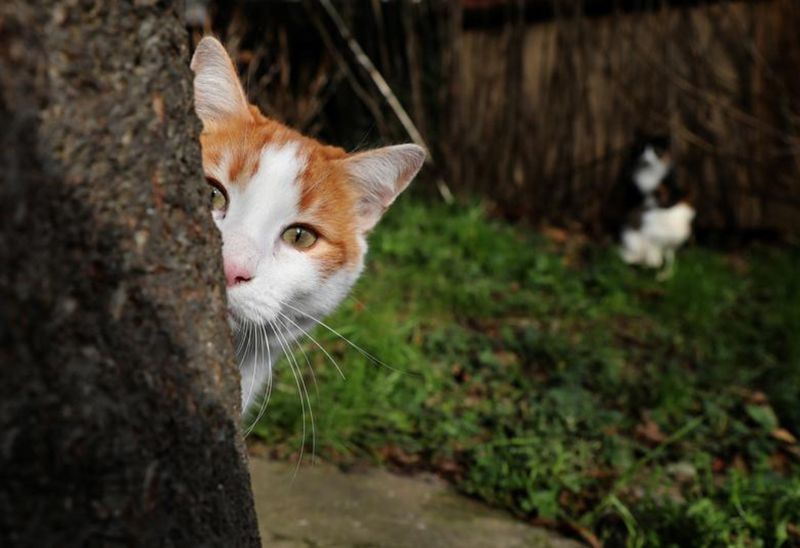 During the investigations, the scientists in charge of the study rounded up 21 cats from 14 different households, then asked their humans to sit a meter away from the animals and make this facial gesture while looking at them.

At that time, academics noticed through cameras that upon noticing it, cats tended to reproduce this expression of well-being.

Later, they did the experiment again, but this time the humans sitting in front of them were academics, who had never shared with the study cats before. Along with that, they also added an extra factor: while blinking, they extended their hands in the direction of the kittens.

The result surprised them, since the cats not only tended to return the gesture, but also, some of them approached with outstretched hands.

“It’s something you can try yourself with your own cat at home or with those you meet on the street. It’s a great way to improve the bond you have with cats. Try to squint like you would with a relaxed smile and then close your eyes for a few seconds,” McComb explained, only to say that “you’ll see them respond the same way and you can strike up some kind of conversation.”